About Our Spiritual Advisor 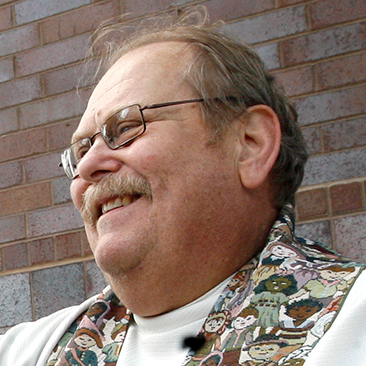 Fr. John Clemens attended St. Timothy and St. Hilary grammar schools. He entered Quigley in 1960, then Niles College Seminary and St. Mary of the Lake Seminary where he was ordained on May 10, 1972. His Diaconate assignment was at Santa Maria del Popolo in Mundelein and St. James in Arlington Heights.

His first assignment as a priest was at St. Damian in Oak Forest and his second was at St. Agnes in Chicago Heights where he was appointed as associate director of the Office of Religious Education, a position he held for eight years. He then moved to St. Gregory the Great as a resident and served as a pastor for 13 years.

After a Sabbatical at CTU, Fr. Clemens was elected to the full-time position on the Priests’ Placement Board with residency at St. Benedict in Irving Park. Fr. Clemens has served on many boards including the ACP, the Schools Office, and three terms on the Presbyteral Council. In addition, he worked as a spiritual director for the Cursillo movement in Chicago, the Worldwide Marriage Encounter Movement, CRHP, Chicago Engaged Encounter, the Assumpta Curia of the Legion of Mary, and the Aquin Guild.

Among his many parishes and diocesan activities, Fr. Clemens would list his greatest moments as his years spent as one of the spiritual directors of the Search for Christian Maturity. Working with this youth-oriented retreat program, he was able to touch the faith-life of thousands of young people (including Fr. James Presta).

Fr. Clemens is proud of his Luxembourg heritage. He is probably the only priest in the archdiocese of 100 percent Luxembourg-descent. He is also an avid and skillful golfer, and a Chicago sports fan. He is a card-carrying, die-hard Cubs fan.

Before retiring on July 1, 2018, Fr. Clemens served as pastor of Our Lady of Hope Parish for 10 years. Although he retired as a pastor, he did not retire as a priest. He realizes there is still much to do. As his entire life has been in service, he will find new ways to serve. One way he continues is through his commitment to the Archdiocesan Council of Catholic Women (ACCW).

“The Council works hard to increase faith and participation by younger women and their families.  Moreover, it embraces diversity and inclusion. This is an area that is evidently a part of the ACCW’s CREW symbol, Charity, Religion, Welfare: happiness and building a better word. This is a link that keeps me connected to Christ, the Church and the women of this council.” – Fr. Clemens